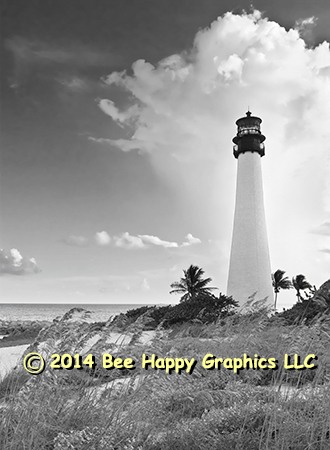 The lighthouse was built as a 65-foot structure in 1825 on the south tip of Key Biscayne, just across Biscayne Bay from what is now Miami. In 1855 it was extended to 95 feet. After being replaced by the Fowey Rocks Light in the water more than six miles southeast, Cape Florida Light was extinguished in 1878. It was also out of service between 1836 and 1847, and then again between 1861 and 1866 because of damage during wars. We have climbed the 109 metal steps to the top a number of times.