A Light Unto Your Path 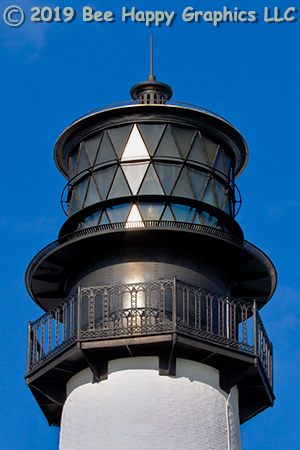 After being decommissioned in 1878 after its replacement had been built on Fowey Rocks, this lighthouse fell into private hands in 1913 and was pretty much neglected for eighty years (although James Deering, after becoming the second owner, and the state of Florida, after acquiring the lighthouse in 1966, did both perform some restoration). Finally, a joint project of the State of Florida and the Dade County Historical Society restored the lighthouse in 1995. Besides creating a museum in a replica of the keeper’s quarters and restoring other structures, that restoration also involved restoring the original lighthouse brick walls and painting the lighthouse white. That angered a lot of old-time Miami residents, until the restorers could convince them that white was in fact the original color. After all, after being sandblasted by decades of Atlantic storms, the raw red brick was all anybody alive had ever seen.