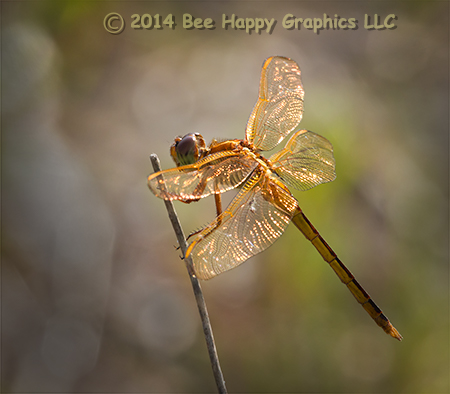 This photograph of a Needham's skimmer (Libellula needhami) was taken in Everglades National Park. We helped the Tropical Audubon Society lead a group of inner-city students around Anhinga Trail earlier in the day and had the afternoon to explore.

While looking for food (flying insects), males perch at the top of the plant stem, females stay at the middle of the stem.